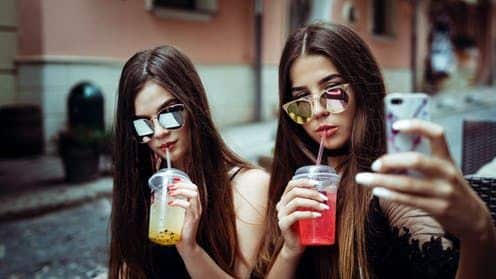 Influencers marketing has been known as one of the most well known marketing channel for years. People may have come across such postings on social media, but not exactly aware of the purpose of why such contents are being broadcasted to public.

Till present day, the term 'influencers' has became a more familiar concept with people on social media.Various interview and valuation has been conducted to the audience to evaluate how do the public think about  Influencers.

An assorted feedbacks were received and analyzed. We found out that many people define influencers as "people who have alot of followers" or "attractive people who do many postings on social media". Conversely, the crowd has also posed a question to us inquiring if these influencers are paid to post on social media.

To clarify the query on the role of such people, Influencers in social media are defined as people who have built a reputation for their knowledge and expertise on a particular topic. They make regular post on that topic and other topics on their preferred social media channels to captivate people to pay close attention to them.

They are valued for the influence and positive relationship they have with their audience. While Influencers are elucidated, they can be categorized as celebrities, industry experts, bloggers and content creators and micro influencers.